Inside the White House with Lawrence Jackson

The story behind some of his most famous photographs, the unusual pressures of being a White House photographer, what makes for an extraordinary shot plus much more.

Nothing could have prepared White House photographer Lawrence Jackson for the sense of awe he would experience during his first day on the job capturing the historic moments of President Barack Obama’s administration. Hired during the president’s first year in office, Jackson, a former White House photojournalist for the Associated Press, recalls running into a group of his colleagues from the wire service as he approached the White House to begin his new post. 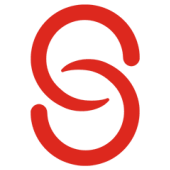